A Guide to Traversing the Spirit World

Your Soul Is Your Passport | So, where you gonna go?

Whatever risks I took on earth were nothing  compared to what it takes to travel in the spirit world.

On earth. I looked like an intrepid traveler but truthfully, I always had people with me. Wherever I went, there was going to be someone there to show me around and keep me safe. My life looked adventurous. I was admired for my worldliness, and boy was I worldly! Whatever risks I took on earth were nothing compared to what it takes to travel in the spirit world.

Your soul is your passport.

I ended Volume 1 of this travel blog with, “Let’s get that puppy stamped!” and have since learned that the stamp occasionally comes down like a sledgehammer. Other times, it’s more like a wrecking ball. Oddly enough, I prefer the latter. I’d rather just get completely wrecked and reassemble myself into something more structurally sound than go easy and just endure a bruise, or a broken bone. The latter just brings about a cast that doesn’t ever heal what’s inside but acts as a permanent splint to hold my false beliefs in place because that’s what I want. The cast constantly shows me what I actually want and…
You always get what you want over here.

I would have loved that while I was on earth and did everything I could to make it so. But here you do get exactly what you REALLY want, whether you’re conscious of your desires or not. Holding onto false beliefs won’t get your passport stamped because maintaining those beliefs keeps you stagnant. In other words… you ain’t going anywhere.

Being restrained, confined, splinted is exactly what I need to make me agree to relinquishing some of my arrogance— and I have plenty! But here in the Spirit World, I am a novice traveler. I know nothing. Whatever I did to explore far reaches of your big, blue globe only backfires here. It sits me down, closes the cafe and drains my motorcycle of fuel… until I’m ready to learn a new way. Until I am ready to shut up and be led. I can’t guide others until I am humble enough to learn. And as I have recently found out, to look in places we are convinced we’re not supposed to. Did someone say, “break the rules”? Count me in! Now I go where it looks the least inviting. That’s where the real pleasures are and I’m all about pleasure, no matter the cost. New and nearly unexplored cultures, wide open spaces can be found. That’s where I can eventually CREATE my own universe to be explored by others.

God knows exactly how to entice me.

My greatest gift that I somehow managed to keep through all my years of self-destruction on earth is that I can’t remain stagnant. Creating my own universe, speaking things into existence, now that is a distant land where I want to reside. You can keep your fears, coping mechanisms, safety precautions, your addictions, your need to be right and all the things that keep you feeling relevant. I’m no longer interested in those chains. I have a universe to create where everyone is welcome.

You can join me anytime. No you don’t have to die, I won’t discriminate against physical bodies. A humble, willing soul is your passport for entry. 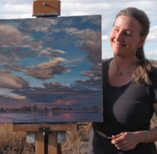